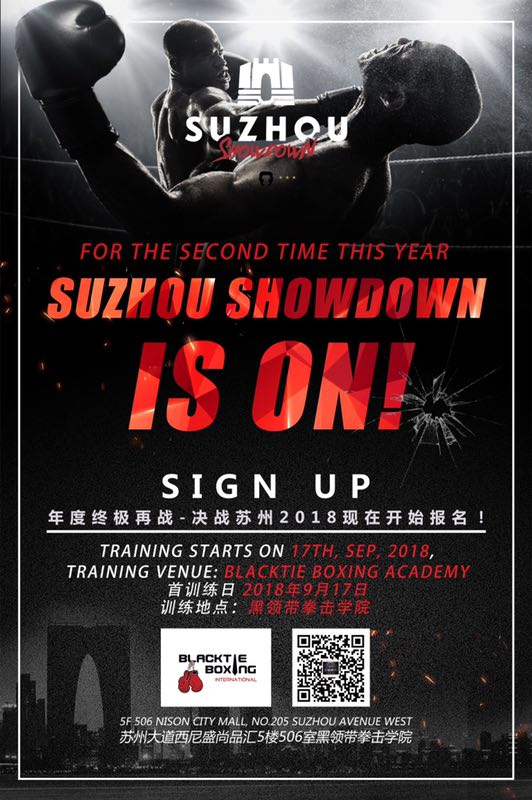 “I attended both events so far, and in both cases it turned to be a full success. Not only for my personal entertainment, but in the first year I awarded our local chinese team members for a very good performance in 2015, and they loved it due to the fact that it was something new and out of the ordinary …”

The first ever black tie boxing event in Suzhou, China, took place on November 27th 2015 at the luxurious Crowne Plaza Hotel. Around 500 people enjoyed a 4-course meal, drinks and 8 white collar boxing fights, which got them of their feet for 4 exciting hours. For the third year running, Suzhou Showdown, which has been broadcasted on the national TV of Jiangsu Province in 2016, contributes in gathering and helping the local community, bringing variety to Suzhou’s social life, heating it up and giving it what it deserves as one of the most progressive cities in China. Suzhou Showdown Round 3 has finished! See the latest photos here: Gallery 2017.

We use cookies to enhance your browsing experience. You can find more information on our Impressum page.